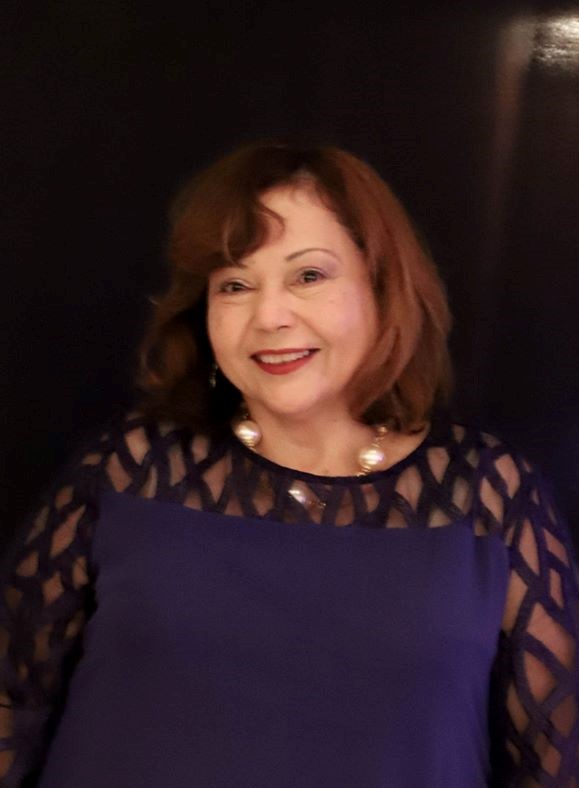 Rev. Ileana Rosario was born in Puerto Rico where she was an active member of the United Methodist Church. She received her B.A. in Communications from the University of Puerto Rico and worked as a press officer for the President of the Senate.
In 1991, she arrived in Virginia with her family and obtained her Master of Divinity from Wesley Theological Seminary in 1999. That same year, she was ordained as a probationary member and appointed as Associate Pastor at Culmore UMC. There she created and founded GRACE Ministries, a community outreach program that now serves 1,500 people a month and empowers them to become leaders in their communities.

As a trained and experienced church planter, she started a new Spanish-language church in the Arlington District in 2001. Gracia UMC was a vibrant community of faith with live music and vibrant preaching for all Latinos in the area.

Ileana’s effort and advocacy for the Latino community were recognized by President George Bush who invited her to a Christmas reception at the White House on December 12th, 2001 as part of the faith-based initiative.

Ileana was consecrated as Elder in June 2004. She was the first Latina pastor elected as a Virginia Delegate for the General Conference and the Jurisdictional Conference of the United Methodist Church. She served as a delegate from 2008 until 2019.

Her expertise in cultural relationships empowered her to serve as a member of the Commission for General Conference that organizes and coordinates all meetings from 2008 to 2016. During her time in this commission, she inspired them to focus on welcoming the different cultures and offer them a positive experience toward the unity of the United Methodist Church.

In January 2007, she was appointed as the new Director of Hispanic/Latino Ministries in the Virginia Conference. She was also the Latino Faith Communities Coordinator for the Alexandria-Arlington Districts until 2009.

During the 2009 Annual Conference, Ileana was appointed to the Elizabeth River District where she happily served Wesley Chapel UMC in the village of Chuckatuck in Suffolk, Virginia. During her time there she inspired the Pastors Association to celebrate worship services including neighbor African American churches. She also led an effort to renovate the facilities to offer a welcoming atmosphere to visitors.

She joined Lower United Methodist Church on July 1, 2015 where she led their effort to grow and reach out into the community. This included the creation of a Contemporary worship service for the community, strengthening the children and youth programs and greater emphasis on music during worship.

During her time at Lower UMC, she became the President of the Ministerial Association where she intentionally reached out to pastors of all denominations and races, organizing multiple worship services for 10 to 15 churches together.

In July 2021 she began a new adventure as the appointed Pastor of Benn’s UMC where she was warmly welcomed by this loving and caring congregation. Among many new and caring friends, she obeys the call that has defined her life: to praise God, reach to others in love and serve the world in Jesus’ name.

She is very proud of her three wonderful daughters: Ileana who graduated from UCLA and works in San Diego; Ruth, who is a CPA working in northern California; and Julianne, who is very active with the United Methodist Women and other ministries.